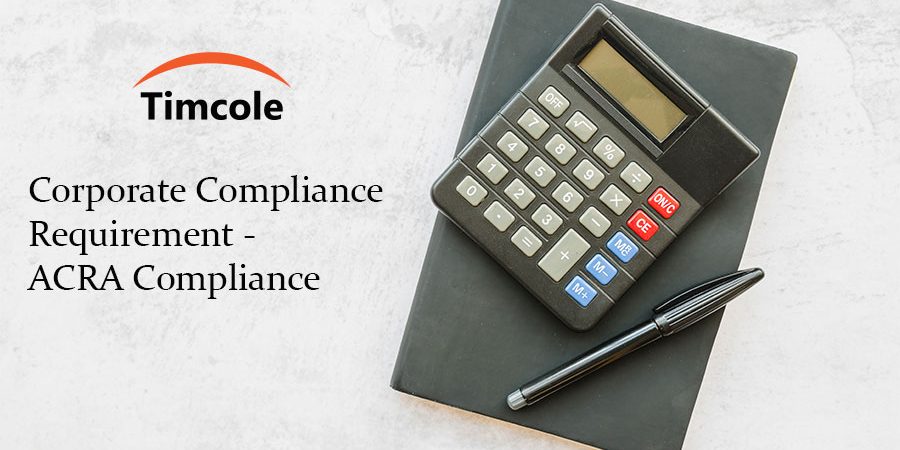 Companies, foreign companies and limited liability partnerships (LLPs) (unless exempted) are expected by ACRA to maintain information on beneficial ownership in the form of a Registry of Registered Controllers (RORC) and upon request, to make this information accessible to public authorities.

Who can be a “Controller” of a Company?

Requirement for Businesses to Maintain a Registry of Nominee Directors

Companies are required to maintain a register of directors nominated by them, which contains details of the nominee directors of the corporation.

A director is a nominee director if he or she has the formal or informal duty to act upon the instructions, directions or wishes of another person.

1. Scheduling of the AGMs and filing of ARs

Private companies are exempt from the obligation to hold a general meeting if they send their annual financial statements to shareholders within 5 months of the fiscal year.

Dormant companies exempt from sending financial statements will not be required to hold an AGM, subject to the safeguards referred to above.

3. In order to prevent companies from arbitrarily changing their FYE, the following safeguards are put in place:

Every company in Singapore is required to hold its Annual General Meeting (AGM) once per calendar year and its financial statements must be submitted to the AGM for shareholder approval.

Exception: Newly founded companies are allowed to hold the first general meeting within 18 months of the date of foundation.

An AGM must be held physically anywhere in the world where the shareholders meet.

The following matters are to be discussed at an AGM:

Note: Section 201 of the Companies Act states that annual accounts may not be prepared more than six months after the date of the meeting.

Criteria for exemption from audit:

For a company whose financial year begins before 1 July 2015:

For a corporation with a fiscal year beginning on or after July 1, 2015, the corporation must have qualified as a small business for the last 2 consecutive fiscal years.

A corporation will be considered a small business if (a) it is a private corporation in that fiscal year and (b) it meets at least 2 of the following 3 criteria in the last 2 consecutive fiscal years:

For a company that is part of a group of companies to benefit from the exemption from auditing:

As of January 3, 2016, a dormant, unlisted company (which is not a subsidiary of a listed company) is exempt from the obligation to prepare financial statements if:

Listed companies and their subsidiaries, as well as unlisted companies that do not meet the physical assets test, are required to prepare financial reports, but these reports are unaudited. This remains unchanged from the current situation.

Thinking of striking off your dormant company and setting up a new private limited company or limited liability partnership? Check out Timcole’s affordable incorporation and business set up packages.

Requirements for an Annual Return

Under the Companies Act, all locally incorporated companies are required to file their annual returns.

The following company information is required for filing annual returns:

Your Company would be required to file its financial statements in XBRL format during the filing of the annual return, if your company is:

If your company needs more time to meet the requirements to hold the General Meeting or filing of Annual Returns, you can apply for an extension to ACRA 2 months before the deadlines.

ACRA has taken a big step forward to ensure that the issue of AGM and AR violations is resolved. It has increased the fine to $300 for each violation regardless of the duration of the violation, increased the settlement offer to $300 for late filing of the AGM and AR under S175 and S197 respectively, and, most importantly, prohibited a person from acting as a director of a Singapore company for a violation of a relevant requirement of the Companies Act for an uninterrupted period of 3 months or longer.

The following are 3 main statutory criteria which companies and directors are liable to breach:

ACRA imposes a high penalty and summons for late filing of AGM:

Failure to hold the AGM and to file AR will result in action by the Executive, including the offer of settlement amounts. With Timcole as your corporate secretary, you will never miss a filing deadline anymore. Corporate secretarial services packages from $288/year.

In the event that ACRA decides to take executive action for failure to hold an Annual General Meeting and/or to file AR, a three-step composition rule will be imposed to encourage early termination and deter non-compliance by the directors.

ACRA will consider prosecuting the directors in court if:

If a director attempts to aggravate his violation(s) after a summons has been issued, ACRA cannot allow him to aggravate the situation.

A company seal (sometimes called a corporate seal) is an official seal used by a company. Company seals were primarily used by companies in common law jurisdictions, although most countries have now abolished the use of seals.

Do you need help filing your AGM, AR and XBRL in Singapore? Timcole can help you.

To read on about IRAS Corporate Compliance, click here.