What is Mergers & Acquisitions Allowance?| Who is Eligible for it?
Skip to content

What is Mergers & Acquisitions (M&A) Allowance, and Who is Eligible for it?

You are here:
Taxation 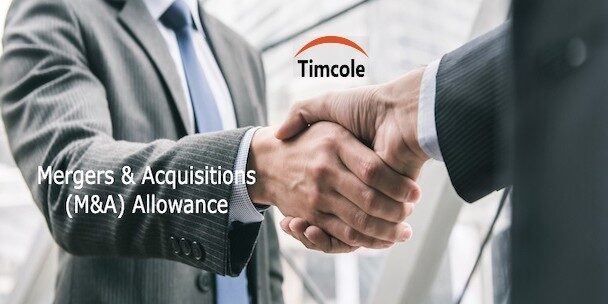 Allowing its businesses and industries to be built upon solid foundations is one of Singapore’s main strategies to sustain true economic growth. Offering allowances on mergers and acquisitions to companies registered on the island city is one way it achieves this— and it has been quite successful.

By doing this, businesses can expand internationally smoothly and easily. In addition to those businesses prepared to grow through a merger or acquisition, the Inland Revenue Authority of Singapore hopes that by providing the allowance, other businesses will also be encouraged to expand overseas.

The M&A allowance can be a good source of funding for any company with such ambition, especially for a new business. However, although the steps to obtaining the allowance are straightforward, there are eligibility requirements that must first be met. As a result, this article will thoroughly analyse the Mergers & Acquisitions (M&A) Allowance and those who can qualify for it.

What are Mergers & Acquisitions (M&A)?

Each business has distinctive potential and capabilities that set it apart from other businesses. A business can generate a lot of revenue and profits on its own and therefore meet its yearly financial goals. However, there are still situations where such businesses can be constrained in terms of efficiency, capabilities, and financial strength.

When two businesses combine, a powerful force is created with enormous potential for both the long and short-term futures. The act of two companies coming together to gain synergy and better efficiency comes under the definition of Mergers & Acquisitions (M&A).

The goal of the Singapore government in encouraging mergers and acquisitions is to help different businesses merge as one in order that they may strengthen any structural weaknesses they may have had and so position them for future growth.

Simply put, the Mergers and Acquisitions (M&A) Allowance is a tax benefit that an acquiring company receives but which is meant to be shared with its target company. According to Singapore law, any acquisition of another’s assets, liabilities, or other properties between 1 April 2010 and 31 December 2025 qualifies for an M&A allowance. In other words, if Company A purchases Company B’s assets during that predetermined window, then Company A qualifies for the M&A Allowance.

The share acquisition value is subject to the M&A allowance of 25%. Additionally, the maximum allowance is $5 million for each accounting year. This indicates that the allowance limit can be reached with just one acquisition costing S$20 million.

This five-year tax benefit is unaffected by postponements of any kind. However, during these times, the two merging businesses must adhere to the terms and conditions of their agreements.

Since M&A involves both the target and acquiring companies, both must meet certain requirements. The Singaporean government controls the Mergers & Acquisitions (M&A) allowance and chooses which companies get to benefit from it.

Just like in the case of the target company, the acquiring company is expected to have at least three contracted employees with a commitment that lasts for 365 days. However, the hiring of staff shouldn’t take place during the time that the merger will take place. Company directors are the only ones who are exempt from this requirement.

In some cases, an intermediary is required to make an acquisition easier. For example, if an M&A tax break is to be given in this case, the acquiring subsidiary must meet the requirements listed below:

Failure to abide by the requirements will result in the nullification of the M&A Allowance agreement.

Need a professional to evaluate and manage your current company taxation status?

Timcole provides professional accounting and taxation services catered to and customized to all industries.

The terms “shareholding” and “acquisition” are crucial when discussing the M&A Allowance. Unfortunately, many business owners use the two terms interchangeably, which would represent the facts incorrectly and should never be done. While shareholding communicates a mutual understanding and the purchase of a portion of the target company’s shares, acquisition involves a total and complete takeover.

XYZ Liability Company must ultimately acquire at least 50% of the ordinary shares of the target company for an allowance to be granted, even if it already owns more than 20% of ABC Limited Ordinary Shares before the share acquisition date.

As extensively covered above, the Mergers & Acquisitions (M&A) Allowance is a tax benefit that an acquiring company can take advantage of when buying shares of a target company. The government of Singapore established it to support the expansion of companies seeking to merge to reduce costs for their upcoming tax returns.

Timcole is one of the leading company incorporation and accounting firm based in Singapore. Our wide range of professional services serves as a one-stop solution for your business, offering you the most affordable price for services conducted with the highest level of excellency.

Contact us to find out more about how we can help you with your company today.

Keeping You Up To Date with Your Singapore Tax Identification Number (TIN)
November 10, 2022

What are Writing-Down Allowances for IPRs?
October 27, 2022