What is Progressive Wage Credit Scheme (PWCS)?
Skip to content

You are here:
Grants for Businesses 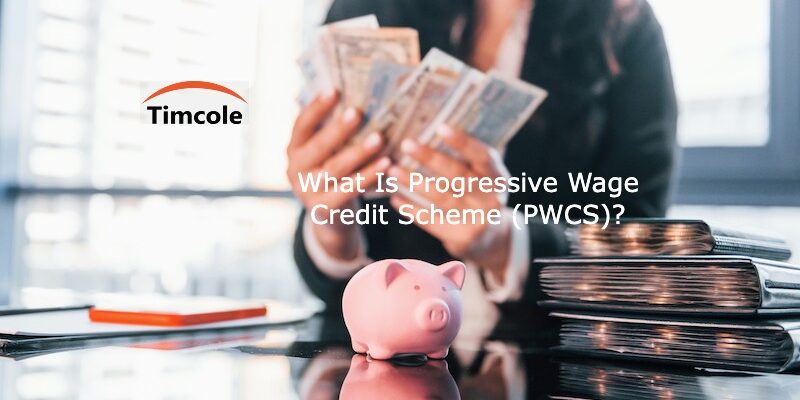 As one of the fastest growing economies in South-East Asia, Singapore understands the importance and contributions of businesses and their respective employees to the nation’s economy. Therefore, one good way to improve its citizens’ well-being and purchasing power is to ensure progressive wage increases for employers and employees.

In 2013, the Wage Credit Scheme was first introduced into the nation’s budget. It was a way for the government to help co-fund wage increases for employees with a gross wage ceiling of $4,000 (later raised to $5,000).

In light of this, a new scheme, the Progressive Wage Credit Scheme (PWCS), was introduced into the 2022 Singapore budget.

With the prevailing economic situation in the post-pandemic world, low-wage workers are more than ever finding it hard to meet their needs. To help alleviate this, mandatory wage increases were instituted to ensure employers make conscious efforts to increase their employees’ wages.

However, not all employers are able to implement these mandatory wage increases without affecting their business’s financial standing. To help and support employers in making necessary wage increases for these low-wage employees, the PWCS was created. As mentioned, the Progressive Wage Credit Scheme was introduced in the 2022 budget and is designed to support low-wage employees between 2022 and 2026.

How Does The PWCS Work?

The PWCS will co-fund businesses that have employees whose salary falls within the First Tier and Second Tier levels. The First Tier sets a ceiling of $2,500 for an employee’s gross monthly wage. In other words, for this tier, only employees earning a monthly gross salary of $2,500 and below will be entitled to co-funding for their wage increases.

The Inland Revenue Authority of Singapore (IRAS) will reimburse businesses within the first quarter (Q1) of the following year. However, companies must have made a minimum $100 increase to their employees’ gross monthly wages in order to qualify.

As a business in Singapore, you must meet specific requirements and conditions to be considered eligible for PWCS. Some of these requirements include:

Understanding why PWCS was created makes it easy to understand the type of businesses and employees that would be exempted from the scheme. To help everyone avoid any doubt, this is a list of the types of organisations and individuals exempted from PWCS:

How Are PWCS Payouts Calculated?

IRAS has offered simple formulas to compute PWCS payouts for each tier. However, before expanding on and discussing those, here’s how to calculate the payout:

The total PWCS payout for each tier is the total from the multiplication of the co-funding level for the tier, age increase for the tier, and the number of months of CPF made by the employer.

The First Tier PWCS would support employers to cover employees’ wage increases from 2022 to 2026. Here’s a breakdown of the yearly percentages:

According to IRAS, the Second Tier PWCS will support employers in implementing and paying a certain percentage of wage increases from 2022 to 2024, as follows:

How Can Businesses Apply For Progressive Wage Credit Scheme (PWCS)?

As a business owner or an employer, you do not have to apply for PWCS, as qualifying businesses will be automatically registered.

IRAS will reimburse businesses through their GIRO bank accounts. If your company does not have an active GIRO account, IRAS can make payment to your PayNow account. These are the only two payment options approved for payout reimbursement.

If your business does not have a GIRO or a PayNow account, you would need to open one to access any payout made to you.

To help improve the life of lower-wage workers in Singapore, a mandatory wage increase was instituted through the Progressive Wage and Local Qualifying Salary scheme. The PWC was created to ensure employers are able to conform to the requirements without their business being affected. It is designed to help employers make the necessary wage increases by having the government pay a certain percentage of the wage increase.

The scheme is divided into two tiers to accommodate the lowest-paid employees in Singapore and is expected to run from 2022 to 2026. Businesses with employees under these tier levels are automatically registered for participation in PWCS. Whenever there’s a minimum wage increase of $100, IRAS would reimburse the business within the first quarter of the following year.

All You Need to Know About Productivity Solutions Grant (PSG)
January 11, 2022

Step-by-Step Guide on How to Claim Productivity Solutions Grant (PSG) for Xero
January 14, 2021