Determining the Financial Year End (FYE) of your Singapore Company 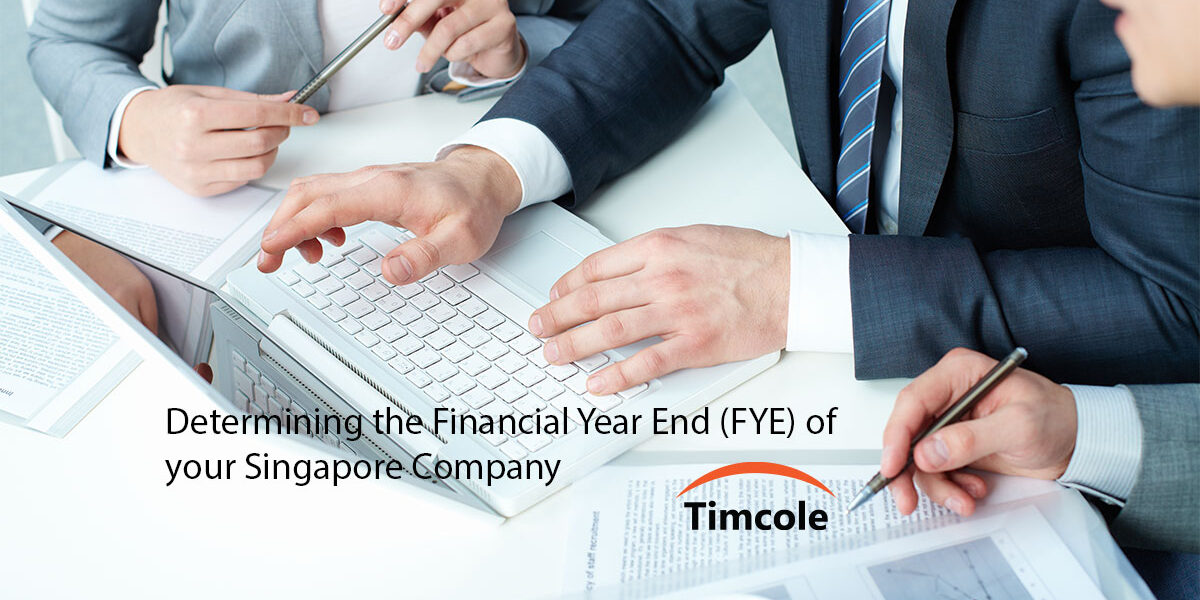 The Financial Year End of a Company

Every company in Singapore is responsible for determining its own Financial Year End (FYE).

The Financial Year End refers to the completion of an accounting period. The financial year-end of a company may fall on the 31st of December or any other date within the year.

Many new start-up companies like to maximise coverage of the tax exemption for their first 3 consecutive years of assessments by fixing their first financial year to end exactly on the last day of the 11th month from the incorporation date. For instance, a company that was incorporated on the 15th of April 2019 is very likely to fix its first financial year to end on the 31st of March 2020.

The Companies Act doesn’t specify any particular date on which the financial year begins or end, so companies are free to choose their favourable date. However, some regulations hinder companies from arbitrarily changing Financial Year End (FYE). Companies whose FYE ends on or after 31st of August 2018 must abide by the following regulations:

According to section 175 of the Companies Act, the first Annual General Meeting of each company must be held within 18 months from the date of incorporation. After a company has held its first meeting, the company is expected to hold subsequent ones every calendar year with an interval that isn’t greater than 15 months between each AGM. However, we do not recommend that companies should fully maximise their first period of accounting to 18 months because they may not have enough time to prepare their financial statements.

Factors to consider when choosing the Financial Year End

Here are the major factors that companies need to consider when they want to choose their Financial Year End:

A company whose first financial year is as close as 12 months will be privileged to maximise coverage of the tax exemption for new start-up companies. Such a company will benefit from the tax exemption only for its first 3 consecutive YAs.

For instance, a company that was incorporated on the 11th of November 2016 is expected to hold its first AGM latest by 11th of May 2018. The company we cited as an example has to fix its year-end on a date before the 11th of May 2018. We recommend that the first financial year should not be up to 12 months for the purpose of tax submission (31st of October 2017). IRAS considers any financial period that exceeds 12 months as 2 YA for tax exemption purposes.

The table below shows the differences in determining the year-end on 31st of October 2017 vs 31st of December 2017.

For the table, note that the company losses its tax incentive for a period of 10 months if the company’s FYE is on 31st of December 2017.

The changes in government regulations also influence the financial year-end that companies can choose. Here are the changes in recent years:

Before July 2015, a company needs to be an exempt private company with annual revenue of not greater than $5 million before it can be exempted from audit. However, a new small company concept has replaced the former approach. Hence, a company doesn’t necessarily have to be an exempt private company before it is exempted from audit. The new concept is applicable only for financial years that begin on or after the 1st of July 2015.

Productivity and Innovation Credit has been popular among several businesses since YA 2011, though it is unfortunate that it phased out after YA 2018 (FYE 2017). Companies can’t claim PIC benefits for any expenditure incurred after the basis period of YA 2018.

It is not mandatory that the financial year-end coincides with the company’s anniversary date or the end of the calendar year. A year-end has more to do with the business cycle than any other cycle or calendar.

If you own a business that manages much inventory, you may fix a year-end that coincide with the end of the busy season, so that you will have less inventory to count at that time. This can help you increase accuracy and decrease cost.

Synchronise the Financial Year with its holding company

A subsidiary company may be required to choose a financial year that coincides with its holding company majorly for group reporting purposes.

Factors like franchise agreement, joint venture agreement and so on may determine the fiscal year-end of some corporations. It takes thoughtful plans to fix a financial year-end that is easy to execute, cost-effective, and has tax advantages. There may be some contradictions when a favourable financial year-end is motivated by some changes in government regulations. If you have to change financial year-end, you should do so for commercial reasons and not majorly for tax benefits. 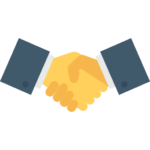 In case you have questions regarding your company’s financial year-end, feel free to reach out to us.

Timcole will be glad to answer your questions and provide further assistance.